Fantasy In Color is an Artists Collective based in New York city. We have organized and curated monthly Art events in Harlem since 2014. We produce Pop-Up style Exhibitions that showcase some of NYC’s best Visual and Performing Artists. We coined the phrase “Art Party” which has really become a popular term in the underground scene. Our events usually consists of 20 to 30 Visual Artists, displaying all mediums; Paintings Photography, Digital Art etc. Performing Artists are a major part of our events as well. We normally highlight 2 to 3 performers at each event. Singers, Poets, Rappers and Dancers have been known to grace the stage, with electrifying performance. Another element of our Art Party is Vendors. We typically have 4 to 10 at each event. Jewelry makers, clothing designers and bakers are some of the Vendors we have in attendance. Overall we provide a place to network and grow as an Artists. It’s so important to be around like minded people. Our mission was to create a platform for all creatives, while establishing a positive and supportive environment. We are happy to say, the mission was accomplished. 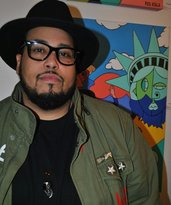 Rob Ayala is a New York-based Artist/Producer/Musician. Rob is multi-dimensional and is extremely versatile. His first art exhibit titled Fantasy in Color was displayed at Raw Space Gallery in Harlem, NY in November 2014. Rob’s artwork is described as dark themes explored through bright colors. Some paintings are focused on social issues such as police brutality while other paintings are more abstract and dream-like. Robs had always been artistic, but only began painting in 2013. In 2014, he founded the artist collective “Fantasy in Color” whose name was inspired by his first art exhibit. Rob Ayala is also a current member/producer of the music group “Pink & Blue.” Pink & Blue’s first full-length album, “God Made Sex” was released in early 2014. Rob produces for several other music projects and groups such as Lexz Pryde, Hank and Cupcakes, Electric Monday, Shawn Neon, West Philly Blake and Ms. Strawberry from Planet Rump. His musical influences include hip-hop, funk, rock, and new wave genres. Rob is known by the stage persona, “Rob the Rockstar.” Rob’s larger-than-life stage persona makes for a powerful musical experience. In an era where originality and true creativity is rare, Rob Ayala is definitely a breath of fresh air!
Instagram: @Robayala_   www.instagram.com/robayala_/
Website: artbyrobayala.weebly.com/
For inquiries, contact him at Rob@fantasyincolor.com 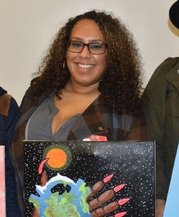 Christy Ayala is a vivacious, self-taught, Latina artist born in Harlem, New York and raised in the Bronx, New York. Her artwork is inspired by personal experience that conveys a message of love and pain, as well as an interpretation of her surrounding environment. Christy is a visual artist that creates her unique urban, surrealist, abstract pieces using acrylic paint. She is open to many creative paths such as, graphic design, drawing, painting, and any types of art form that allows her to create new and unique works of art.
Instagram: @artbychristyayala www.instagram.com/artbychristyayala/
Website: artbychristyayala.weebly.com/
For inquiries, contact her at Christy@fantasyincolor.com 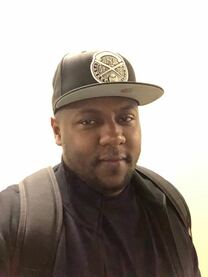 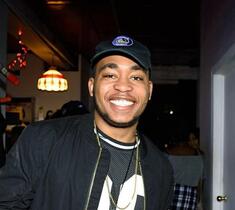 Ron Goblyn is a Visual Artist from Brooklyn, New York. Born in 1991, he grew up inspiration deriving from anime, comic books, and urban culture. After graduating from Art and Design High School in 2010, the Goblyn would then go through an identity crisis that would influence him to emerge as what he refers himself to as a Goblyn. Although carrying versatility within his skill set, Ron Goblyn’s mission is to utilize his extensive skills in the arts to portray his work in a Goblyn perspective.
Instagram: @rongoblyn
https://www.instagram.com/rongoblyn/
Copyright © 2014-2020 Fantasy in Color, All rights reserved